For a number of reasons, traveling in Arizona during the Monsoon months requires very good fortune with the weather.  While I had a two week trip planned, after eight days of fairly clear weather I had to scramble out of Arizona.  The skies turned black and the rain began sheeting down so hard that my window wipers could not keep up with it.

For those familiar with the scorched earth of the Painted Desert, it is nearly impossible to believe that the ground has seen water in our lifetime.  But after a rain the mud and the clay can bring any 4WD effort to a halt.

Many of the petroglyphs are in narrow river beds clogged with silts, drop-offs, and tamarisk forests, presenting physical challenges in the best of weather.  Accessing these deep canyons always involves the potential dangers of prolonged slides or falls.

The ground is often "dry pan" and covered with lots of little pebbles that act like marbles on a hardwood floor.

The petroglyphs can be so outstanding that these obstacles become just a part of the experience.

In my mind, the hardships are not the only challenge brought by the Monsoons - it is also the loss of color, intensity and the vibrancy.  Orange rocks turn black, blue skies turn gray.  The magentas, pinks, and violets of the ground all tend to become brown.  In short photography degrades to a pointless exercise in recording a site that has lost its aesthetic appeal.

An extensive treatment the rock art in this region can be found in Pat McCreery's and Ekkehart Malotki's book “Tapamveni” which is still widely available.  According to Malotki, the peak of Palavayu rock art expression came during the Pueblo II - Pueblo III periods or about 950-1300 A.D.  Essentially this expression of culture came to an end around 1400.  The people we know as the Anasazi probably dispersed to the Hopi Mesas and the Zuni River Valley where their descendants live today.  After just seeing a few of the sites found in this book I have enormous respect for the effort of 20 some years that it took to compile the record captured in this publication.

Below are a few of these amazing artistic efforts.  Despite the use of a Polarizing filter, most photographs still required Photoshop to control the overwhelming scattered light.

See you on the trail - feel free to contribute a post - there are no geographic limitations.
Photographs copyright Don Liponi 2014.  Click on photograph to enlarge it a little and see in a slideshow format. 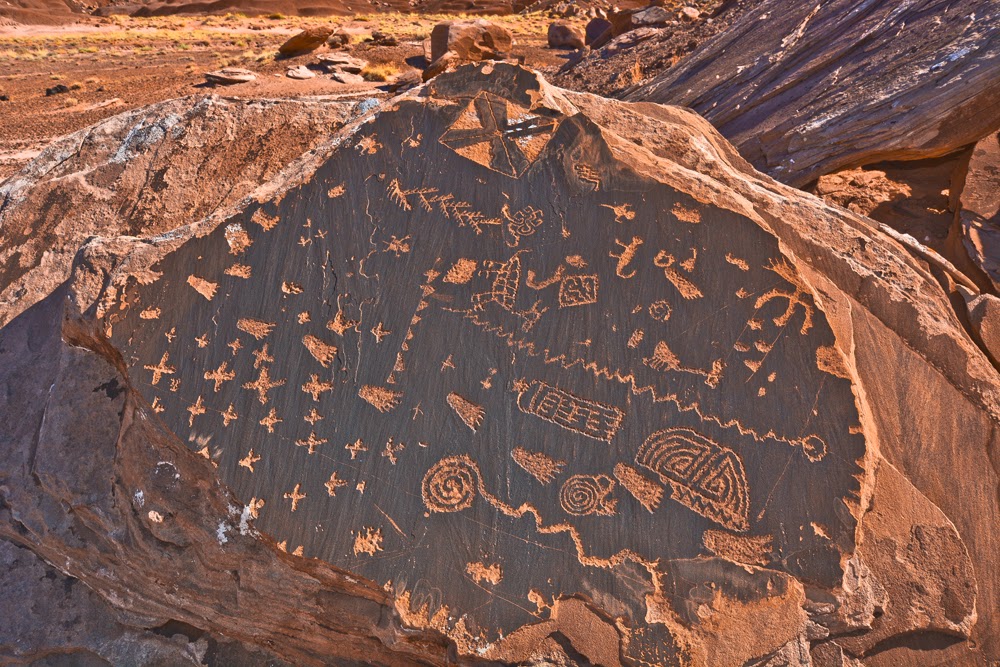 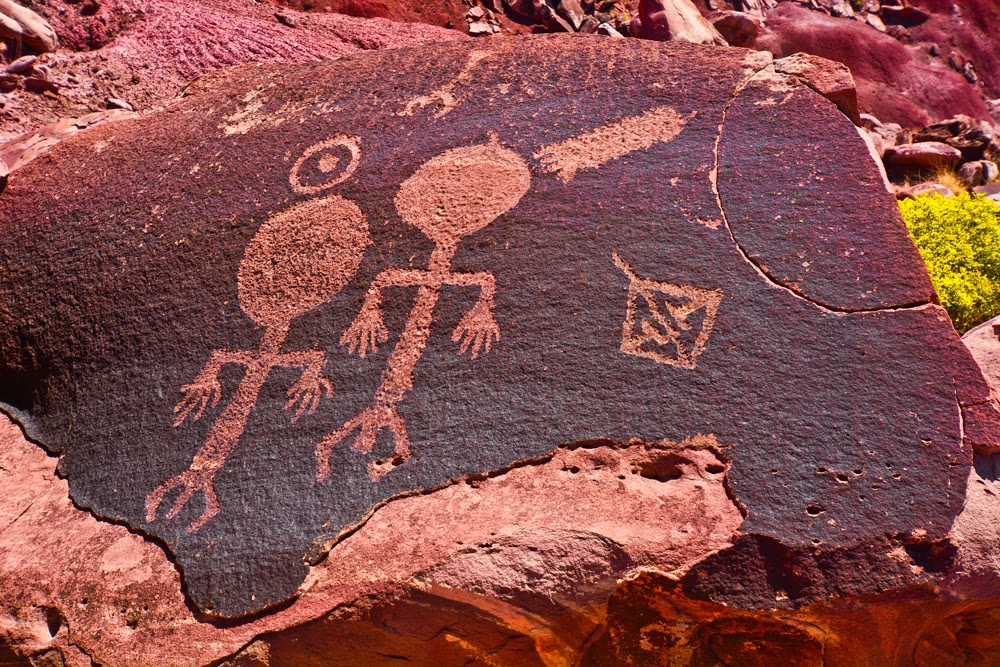 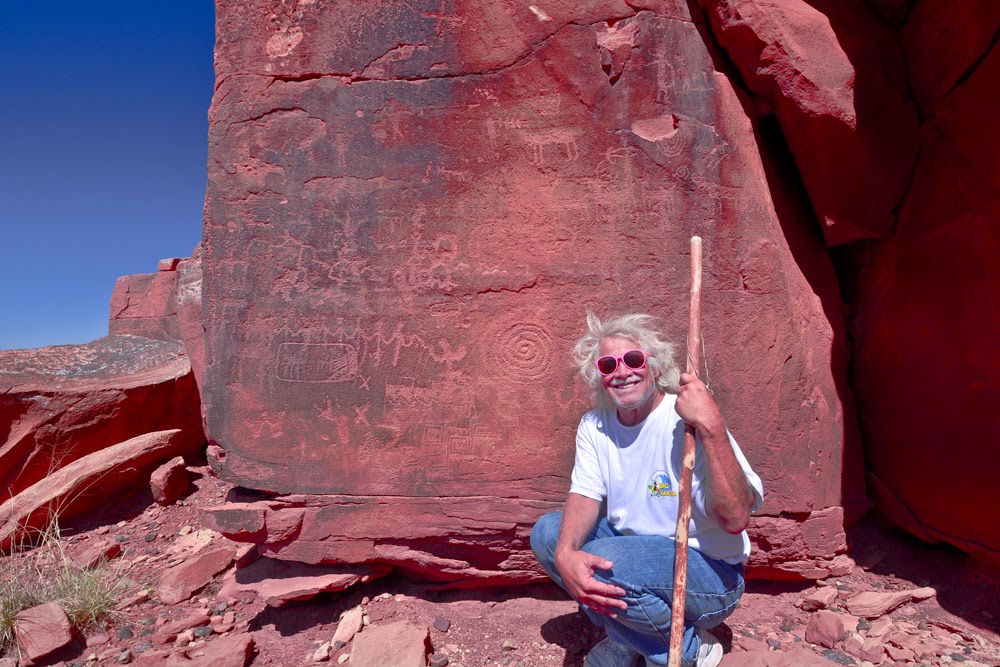 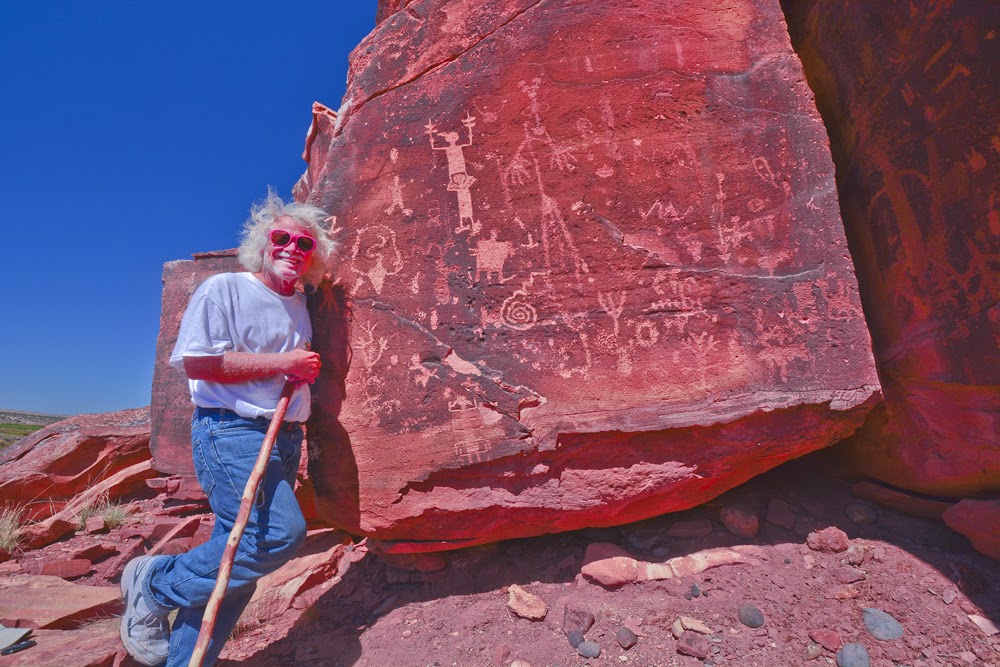 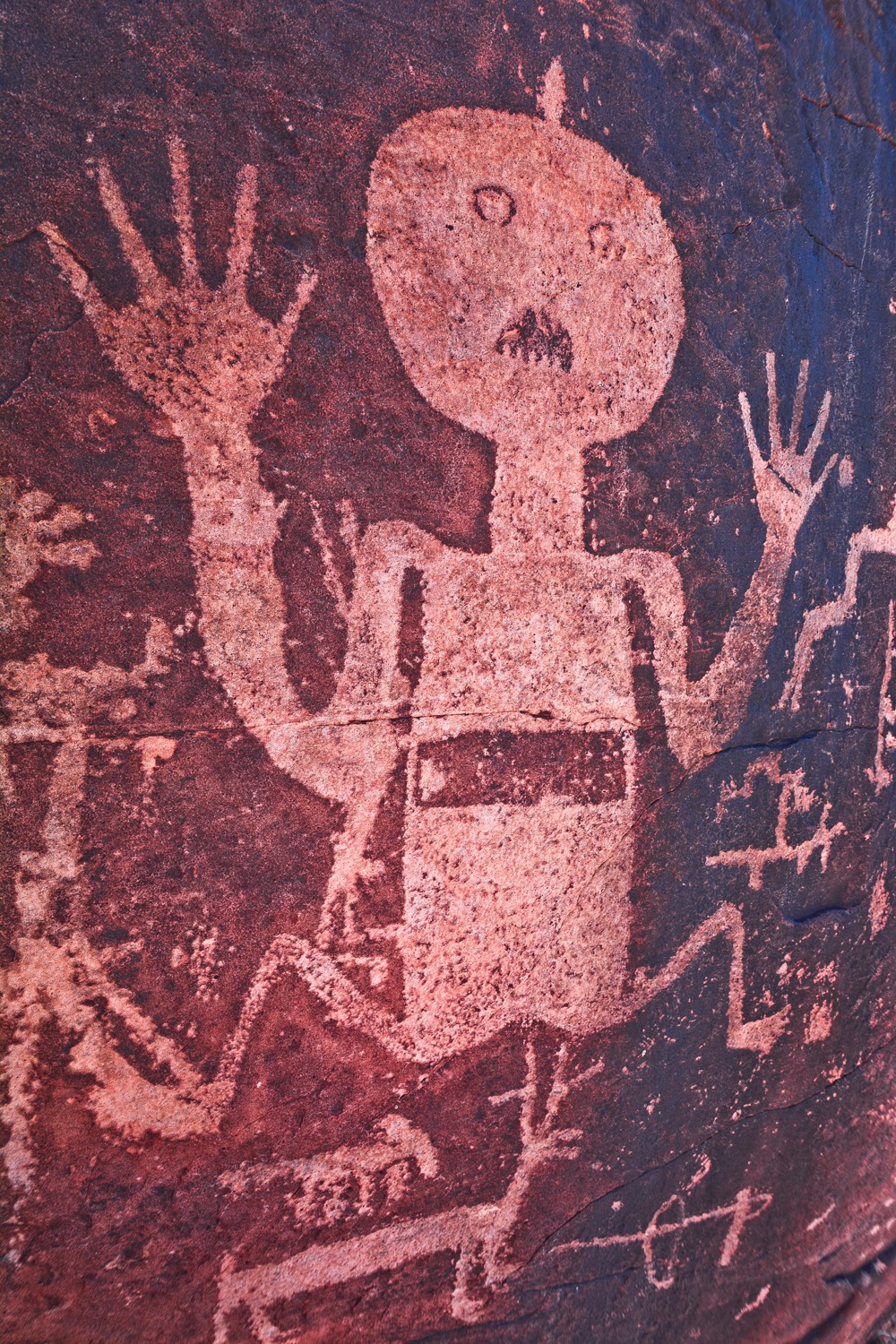 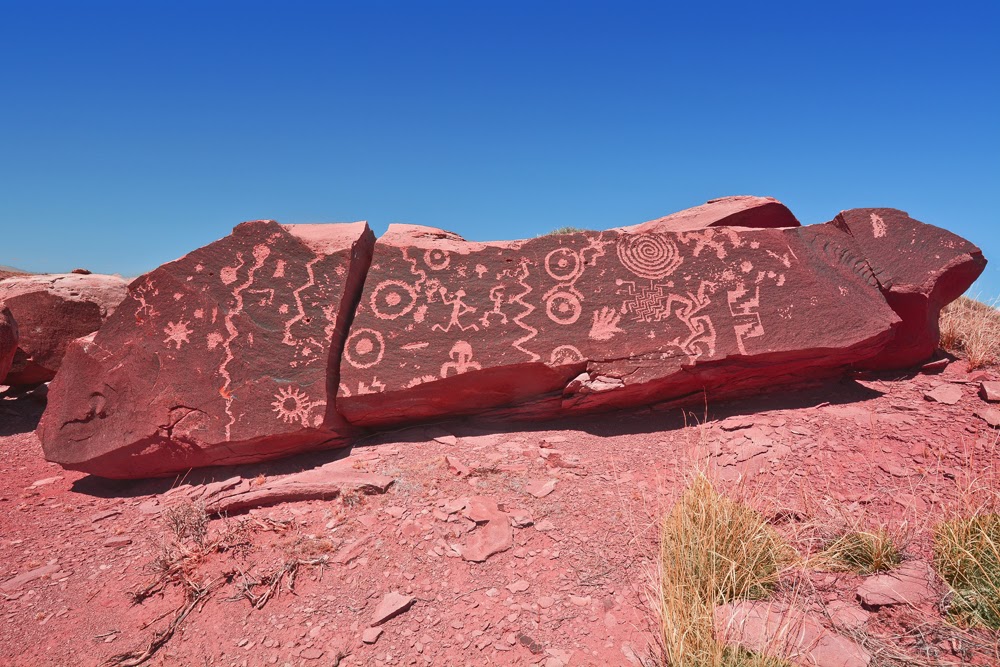 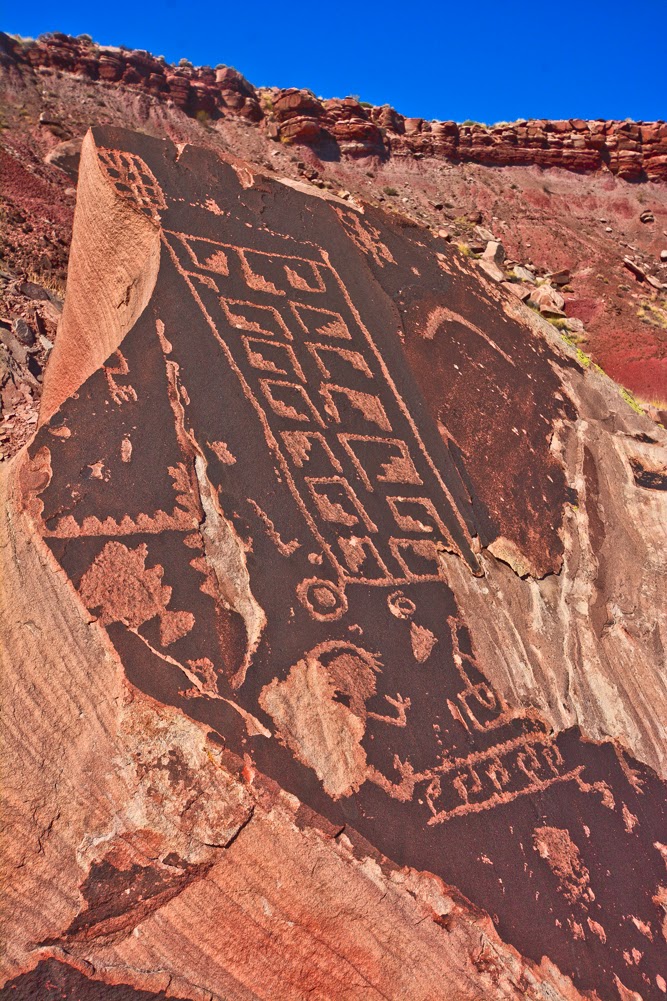 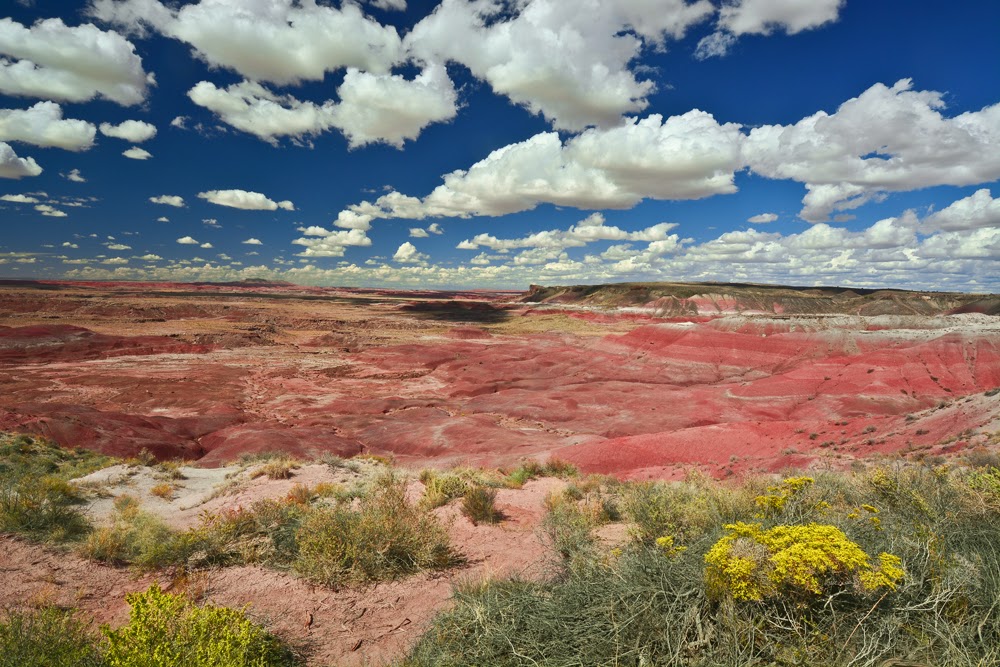 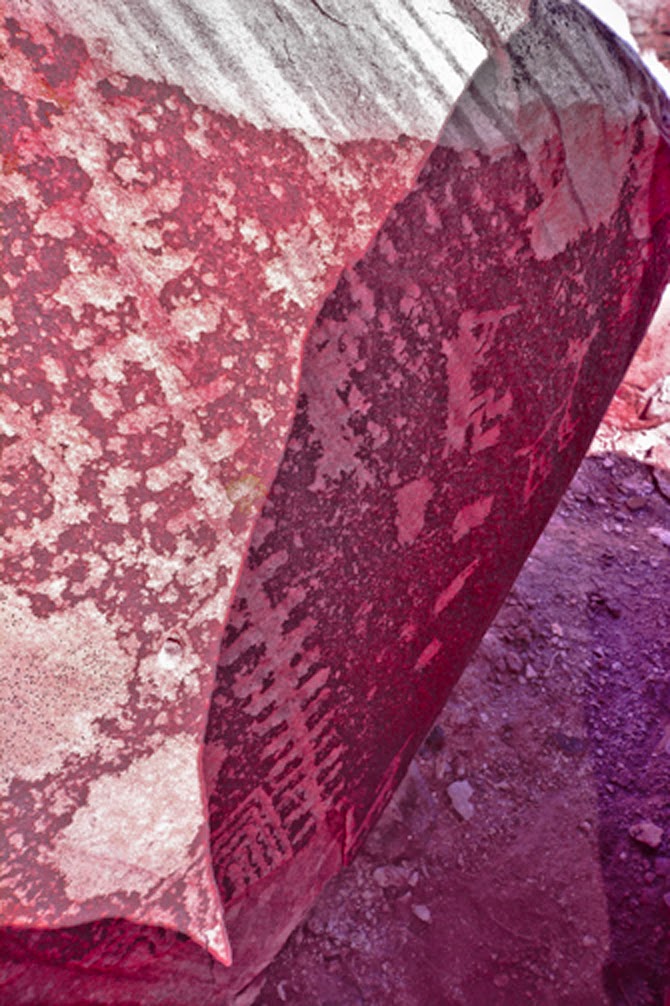